A personal mission statement is a, you guessed it, statement that shows what you see wrong in the world and how you will fix it!  I want to save a life someday; I want to be a hero! Not just a hero, THE hero.

A lot of people have principles, and these principles can impact our personal mission statement.  You have to do this so that you know what you stand for and what you fight for.

“If you stand for nothing, what do you fall for?” ~Hamilton

You need to follow your principles to fall for something.

Do you have a mission statement?  Share it below!

In the USA, we have many thing you can do.  You can visit both coasts, go see Hollywood, and you can even check out the cool movie theater popcorn.  I actually have a few things I like to do.

I enjoyed visiting California.  There in California, I visited a wax museum, got a tour around Hollywood, and heard about a witch with talking cats!  Another fun place is Disney World.  I know, I know, Disney World is common to hear about.  But not only are the rides awesome, the characters you meet are very nice and cool.  Last but certainly not least, there is Mount Rushmore.  It may not sound fun, but having four faces carved into the side of a mountain is pretty awesome!  You can get a tour, take pictures, and scope out the buffalo nearby.

In the USA, you can do many things, but those are my favorites.  Do you have anywhere you like to go in your country, why?  Leave a comment and stay tuned in for my next post!

I believe that people should protect things they love, whether it is another person or a favorite sock monkey.  For me, I want to protect the bookstores everywhere.  I know, I know it sounds very nerdy or cheesy, but it’s true.

Books hold a certain meaning that electronic devices can not.  Books tell a story about a boy who lives, a girl who fought for her sister, even a secretary of the treasury who died in a duel.  They tell me something that a device can not.  They also smell really nice.  Bookstores hold these stories and memories, so protecting the shops is very important.

What do you want to protect?  It doesn’t have to hold a memory, it can hold a story.  Then again, bookstores do both for me. In these past few years, I have gone through many changes.  Major and minor, weird and normal, changes nonetheless.

Mirabeau Lamar and Sam Houston were common enemies.  Houston had different values than Lamar, leading them to disagreeing on many things.

Houston- Tried to make peace and get them to recognize Texas as a country.

Lamar- Wanted to fight Mexico.  He then started a battle with Mexico (which they lost)

Houston- Wanted annexation and worked towards this as a president in his years as president.

Lamar- Wanted to remain independent.  He canceled all plans for annexation to avoid statehood.

Lamar- He wanted to move them somewhere else which also led to a battle.

Houston had many successes, including keeping peace and spending less money

Houston’s failures include not getting annexed

Lamar had many successes as well, mainly in the education department as getting more school systems

How do you think Lamar and Houston got along before their presidency?

-Delaney P. and Andrew B.

Sometimes, we forget about everything but our hatred and negative mood.  This leads to us having a bad attitude and shutting out a good thing.  For me, I have a tragic tale that I deeply regret.

A few weeks, I was waiting with my mom for the bus.  For some reason (I don’t even remember), I was in a bad mood.  It was extremely cold outside and seeing as I was cold already (on the inside), I felt nothing.  My mom had borrowed my hat and gloves to warm up.  Even though I had given permission for her to the night before, I was mad at her for wearing it.  I yelled at her and that led to me being in a trance.

Later on in the day,  I had realized my fault.  I apologized after school and got a scolding.  That’s okay with me though, I deserved it.  My mom and I have made up since then and it’s all good.

What’s a time you have had a good attitude?

Many thoughts go through your head in a day.

What do I wear?

Is this song that good?

I myself only experience one of those thoughts. 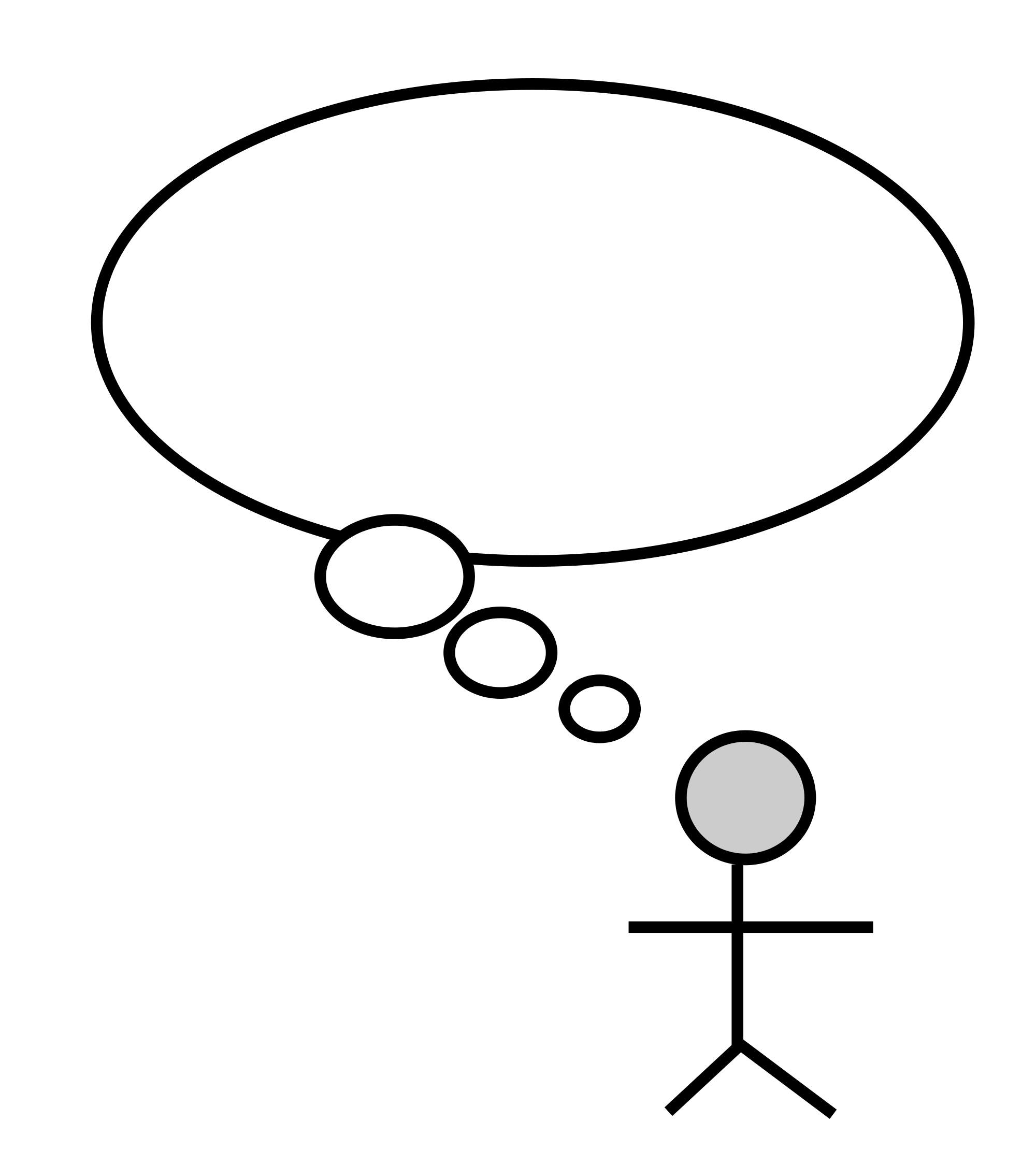 Some thoughts are negative though.  We all think that “Randy’s new hairstyle is weird” or “Sally is so bossy.”  Those are not automatic thoughts.  Automatic thoughts are when you quickly think about something, it’s the first thing to pop into your head.  We need to control those thoughts and only share the good ones.  If you don’t control these thoughts, people may loathe you for thinking that.

Positive thoughts can affect you by making your day brighter and happier.  Keep these in your head.

Negative thoughts can affect you by making your day seem quite blue.  Try to reframe these thoughts into a good thing.  Made an 75 on your math test?  You learned to try and study more.

Emotionally healthy people tend to be a little arrogant, they think bright and that they are the best.  They are happy though.

Take responsibility for what you think, so think good and positive.  If you don’t you will seem like an emotionless robot or a terrible person.

What is one of the things you think everyday?

Every day, you learn at least one important lesson.  Whether it be “Don’t cook spaghetti in a glass bowl” or “Feed your cat”.  Mine a few years back was quite interesting.

Don’t catch a tissue on fire.

It happened when I was 7.  I always wondered about fire and it’s instincts.  That particular day I was feeling mischievous.  I wanted to know how closed I could put a tissue into fire without the tissue catching on fire.  Me being 7, I tried it.  Without barely putting the tissue in a candle, it had caught on fire.  I called for my dad in a panicked voice.  He grabbed the flaming tissue and threw it into the sink filled with water.  I was in big trouble. 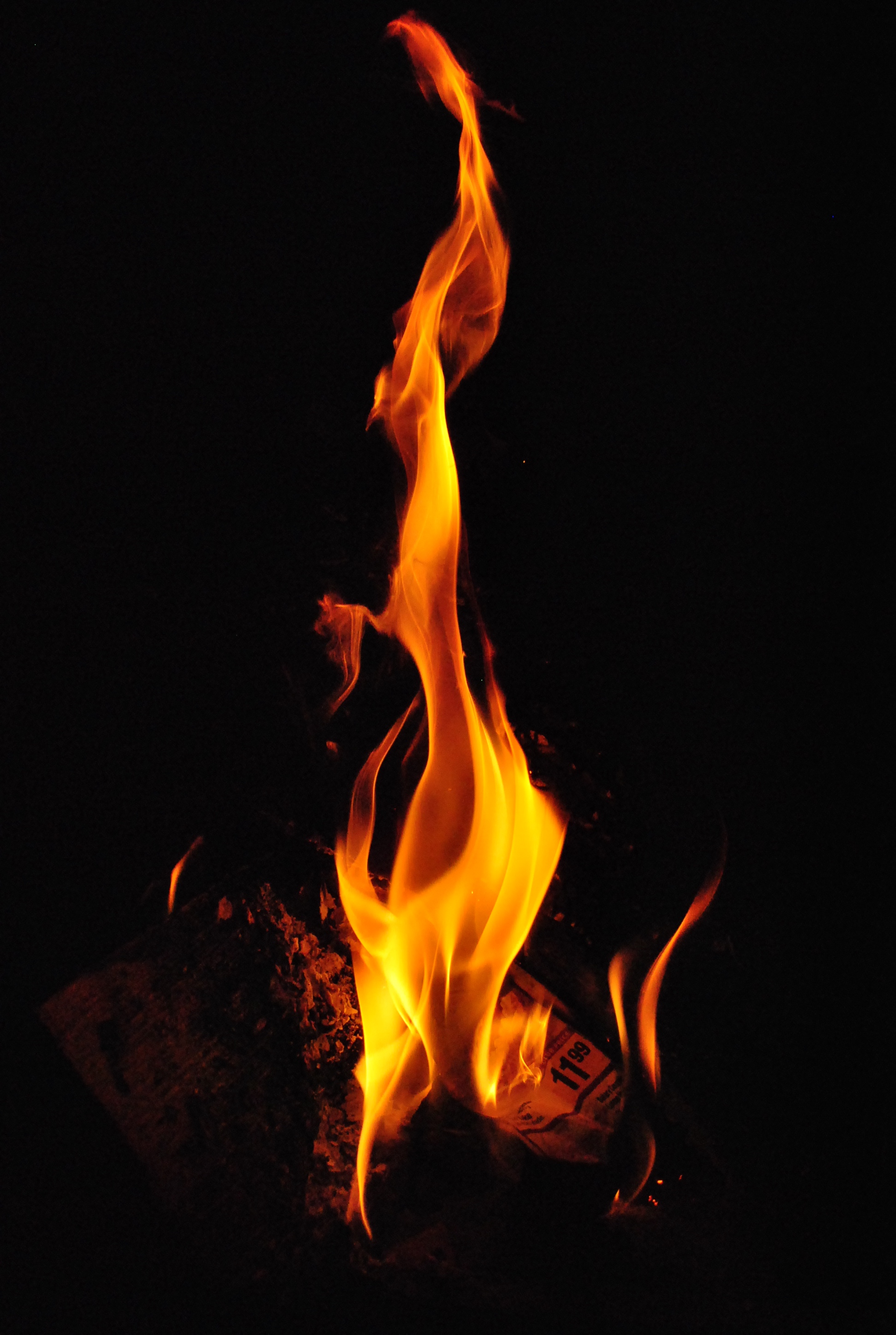 Picture of fire from google (credits to photographer)

Lesson well learned though.  The obvious lesson is don’t do anything I would do.  The other is, “Sometimes, your instincts don’t match up with brain so control it.”  I think I learned to control myself.

My values vary, I guess you could say.  To close the gap between my values and my life, I will be more open.  I believe everyone should express themselves.  Not only that, but people should be okay with who they are and what they stand for.

If you stand for nothing, what do you fall for?

Lately, I went to Barnes and Noble.  I knew what book I wanted, and I knew they probably would not have it.  But they did, or at least they had the one copy that I got.  This book is ‘Alexander Hamilton‘ by Ron Chernow.  It is about the life and death of Alexander Hamilton.  One day when I was watching random YouTube videos, a video called “Aaron Burr, Sir”.  I clicked on it, not knowing what to expect.

It was a song from a musical.

I instantly fell in love, and I looked up other songs from the same musical.  I soon found out it was based on a book, and I knew I needed that book.

And I got the book.

What I Have Been Doing~


adopt your own virtual pet!


adopt your own virtual pet!